The incentive to expand exploration is the anticipated dramatic increase in global demand for lithium, reflected in the current historically high price of lithium – now trading at approximately $59/kg for battery grade lithium carbonate (Li2CO3) – a near nine-fold price increase since the beginning of 2021. To add to the significance of the project widespread tantalum and rubidium mineralization also occurs on the Property.

“Zig Zag Lake has over 800m of known strike. Our initial sampling program covered numerous locations along only 160m of that known strike length and resulted in the collection of widespread samples assaying for lithium as well as other critical minerals,” said Paul Jones, CEO. “Zig Zag lake was optioned by Nuinsco as a compliment to the Company’s 100%-owned Prairie Lake project to broaden Nuinsco’s presence in the critical minerals sector. The initial sampling program is indicative of an extensive domain of critical minerals mineralization and the Company is now in the process of determining next phase of exploration of this prospective lithium and critical minerals property.”

Approximately two-thirds of global lithium production is used to power electric and plug-in hybrid vehicles; by 2025 sales of these are projected to quadruple from current levels – to about 15% of the global vehicle fleet, expanding further to about 35% of the fleet by 2030. Other significant lithium uses include increasing implementation of energy storage devices and the shift to 5G technology and infrastructure, adding enormously to demand and requiring significant new sources of supply. Tantalum has wide application in electronic capacitors used in an ever-expanding myriad of industrial and consumer products.

The initial sampling program by the Company returned very strong lithium grades peaking at 3.55% Li2O, with remarkable tantalum, and rubidium results peaking at 836 ppm Ta2O5, and 4,003 ppm Rb2O. The mineralization occurs within a pegmatite intrusion encompassed by the Zig Zag claims; the pegmatite body is known to be at least 800m in length, up to 20m thick at surface, and is fully encompassed by the Property. The sampling has provided confirmation of impressive mineral endowment and follows strong analytical results obtained from previous workers(1.2) in widely spaced, surface pitting, and trenching; these results include Li2O intervals of 1.53% over 7.32m, 1.28% over 9.75m, 1.68% over 7.93m, and 1.64% over 6.31m. Limited, shallow, historic drilling(3) at several points along the occurrence has also returned significant lithium intersections, including 1.08% Li2O over 6.1m (between 12.45-18.55m downhole). Tantalum values are equally impressive with Ta2O5 intervals in trenches(1,2) of 0.205% over 2.54m, 0.30% over 1.07m, 0.168% over 2.54m, 0.022% over 14.17m while an intersection of 399.82ppm Ta2O5 over 2.92m (between 15.50-18.42m) is recorded from drilling(3). The occurrence is open along strike and to depth and is yet to be comprehensively evaluated in the context of the fast-developing and ever-growing applications for such elements resulting from expanding global electrification, and concern over supply chain issues for critical minerals.

The Property encompasses pegmatite hosted lithium-tantalum (plus rubidium) mineralization with significant cesium mineralization also reported. Critical minerals such as lithium and tantalum are essential in the accelerating transition to a low-carbon economy while rubidium has applications in, amongst other things, electronics, medical imaging, and specialty glass.

The Government of Canada has identified 31 critical minerals, including many of those identified at the Company’s Zig Zag Lake and Prairie Lake properties, that are considered essential for the sustainable economic success of Canada and its allies under its Canadian Minerals and Metals Plan (“CMMP”). As part of its commitment under the CMMP, the Government is identifying initiatives designed to bolster Canadian critical minerals projects and supply chain development to help advance the competitiveness of the country’s minerals and metals sector.

The Zig Zag Lake property consists of six (6) claim units accessible via an all-weather gravel road leading east from Armstrong that approaches to within two kilometres of the claims. 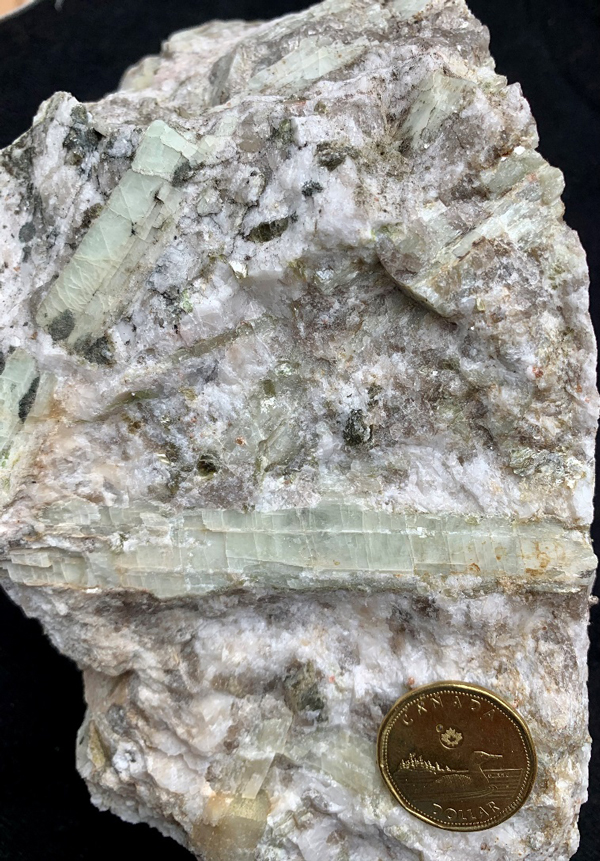 Nuinsco Resources has over 50 years of exploration suc­cess and is a growth-oriented, multi-commodity mineral explora­tion and development company focused on prospective oppor­tunities in Canada and internationally. Currently the Company has three properties in Ontario – the high-grade Sunbeam gold prospect near Atikokan, the large multi-commodity (rare-earths, niobi­um, tantalum, phosphorus) Prairie Lake project near Terrace Bay, and the Zig Zag Lake property (lithium, tantalum, rubidium, cesium) near Armstrong. In addition, Nuinsco has an agreement for gold exploitation at the El Sid project in the Eastern Desert of Egypt.

Laura Giroux, M.Sc., P. Geo. is a qualified person as defined by NI 43-101 and has reviewed and approved the technical contents of this press release regarding the Sunbeam Project.